What Audio Interfaces Do Professional Studios Use?

There are a lot of different audio interfaces on the market these days. So, which one should you buy if you want to create professional-sounding recordings? In this blog post, we will take a look at some of the most popular audio interfaces used by professional studios and see what makes them so special. We will also discuss some of the factors you should consider when choosing an audio interface. By the end of this post, you will have a better idea of which audio interface is right for you!

What Audio Interfaces Do Professional Studios Use?

A professional studio’s “interfaces” are unlikely to be used in the same way as a home studio would. Instead of an all-in-one device, they’ll have separate preamps, converters, and monitor controllers.

That said, there are a few interfaces that are popular among pro studios.

What Is An Audio Interface And What Does It Do?

An audio interface is a device that takes an analog signal (such as the output from your microphone) and converts it into digital data so that you can record or edit on your computer.

It also allows you to send signals out of your computer and convert them back into analog again, which is useful if you want to listen to what you’ve recorded through speakers or headphones.

Since the audio interface is usually where your input and output signals pass, it’s important that you choose one with good quality converters (A/D and D/A) as well as preamps.

The type of microphone inputs will also affect what kind of microphones you can use with your audio interface (XLR vs TRS).

How Do You Choose The Right Audio Interface For Your Studio Setup?

Here are some factors to consider when choosing an audio interface:

The number of inputs and outputs you need

.You need to consider how many inputs and outputs you need. If you’re just starting out, a two-input/two-output interface might be enough, but as your studio grows you may need more.

The type of connectors you need

.Most audio interfaces use USB connections, but there are also models that use Firewire or Thunderbolt. Make sure the connectors on your computer match those required by the audio interface.

What type of connectors do you need (XLR, TRS, MIDI, etc)

Not all audio interfaces have the same type of connectors, so you need to make sure the ones you choose have the right ones for your gear.

The sample rate and bit depth

The higher the sample rate and bit depth, the better the quality of your recordings will be. Most pro studios work with 24-bit/192kHz, but this can be too much for many home musicians.

Whether the device is bus-powered or needs a power supply

Some audio interfaces can be powered by the computer’s USB port, while others need a separate power supply.

The type of software that comes with it

Not all audio interfaces come with recording software, so you may need to purchase this separately.

If you want to record multiple instruments and mics at the same time, you may need an audio interface with more inputs.

Audio interfaces come in all shapes and sizes, so you need to choose one that’s portable if you plan on taking it with you.

Some audio interfaces come with extra features like MIDI ports, built-in preamps, and analog/digital conversion meters. If these are important to you, then you’ll need to budget for a more expensive model.

What Are Some Of The Most Popular Professional Audio Interfaces On The Market Today? 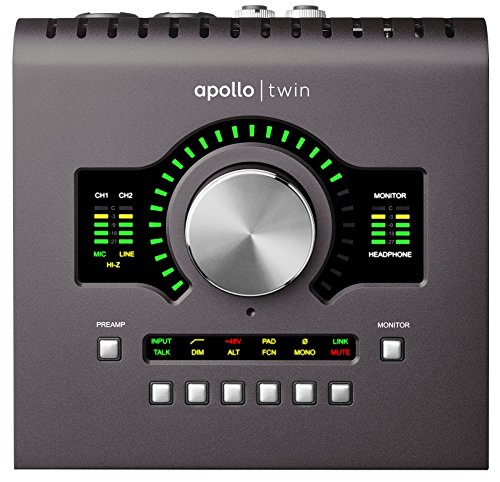 It has a built-in DSP that lets you track through vintage compressors, EQs, tape machines without taxing your computer’s CPU.

It comes with a Realtime Analog Classics Plus plug-in bundle, which includes the UA 610-B Tube Preamp & EQ and 1176LN Limiting Amplifier emulations.

The Apollo Twin MKII Duo is built to be portable so you can record on the go with your laptop or desktop computer.

The Apollo X16 Thunderbolt is a rackmount audio interface that is compatible with Mac and Windows computers.

It comes with the Realtime Analog Classics Plus plug-in bundle, which includes the UA 610-B Tube Preamp & EQ and 1176LN Limiting Amplifier emulations.

The AXR-series offers a range of different models, each with its own unique features.

The top-of-the-line AXR-16T has 16 inputs and outputs, HEXA Core processing and comes with the Cubase Artist recording software.

The AXR-12M is a rack-mountable audio interface that offers 12 inputs and outputs, HEXA core processing, MIDI connectivity as well as digital expansion via ADAT or S/PDIF.

It also comes with an embedded copy of Steinberg’s Cubase LE recording software.

The AXR-12M has a metal chassis with rugged construction and offers you the same high-quality components found in our other pro studio interfaces. 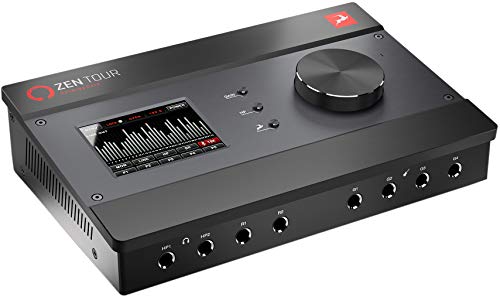 It comes with a software license for Antelope’s Discrete MP preamp and compressor plug-ins.

How Much Should You Expect To Pay For An Audio Interface That Meets Your Needs And Budget Requirements?”

The reason for this is that the more expensive audio interfaces offer features and specs that are not found in lower-priced models.

For example, some of the more high-end audio interfaces come with built-in DSPs which allow you to track through vintage compressors, EQs, tape machines without taxing your computer’s CPU.

They also offer a wider range of I/O options, higher-quality converters, and more.

What Are Some Of The Key Features To Look For When Purchasing An Audio Interface?”

When purchasing an audio interface, there are a few key features to look for:

The number of I/O options available (inputs and outputs)

The number of I/O options is important because it will determine how many microphones or instruments you can connect at one time.

The higher the number of I/O options, the more versatile the audio interface will be.

Connection type is important because it will determine which computers the audio interface is compatible with.

For example, an audio interface that uses USB will only be compatible with computers that have a USB port.

An audio interface that uses Thunderbolt will be compatible with Mac and Windows computers that have a Thunderbolt port.

The type of connection it uses (USB, Thunderbolt, etc.)

This is also important because it will determine the speed of data transfer between the audio interface and computer.

For example, Thunderbolt offers much faster data transfer speeds than USB does.

Preamps are important because they determine how clear and detailed your recordings will be.

This circuitry is designed to offer a low noise-floor and transparent sound.

The number of built-in effects

Many audio interfaces come with a variety of built-in effects that can be used while tracking or mixing.

These effects can range from emulations of classic vintage gear to compressors, EQs, and more.

Built-in effects are great because they allow you to add some “flavor” to your recordings without having to use a lot of plugins (which can slow down the speed of your computer).

Whether or not it has built-in DSPs

Built-in DSPs are processors that allow you to track through vintage compressors, EQs, and tape machines without taxing your computer’s CPU.

This is a great feature to have because it eliminates the need for you to purchase additional plugins or software.

What software is included with the audio interface?”

Some audio interfaces come with a variety of software that can be used for recording, editing, and mixing.

This software can range from DAWs (digital audio workstations), to plugins, to virtual instruments.

When purchasing an audio interface, it’s always a good idea to check and see what software is included.

This will save you the hassle of having to purchase additional software at a later date.

The quality of the converters

The quality of converters used on an audio interface is also important because it will determine the sound quality of your recordings.

Converters convert analog signals into digital information that can be recorded on a computer or hard drive.

The better the converters, the clearer and more detailed your recordings will be.”

Audio interfaces come in all shapes and sizes and so do their prices. Some of them are very affordable while others can cost thousands of dollars.

Before purchasing an audio interface, it’s important to consider what you plan on using it for and how much money you’re willing to spend.

While there are many factors that go into choosing the right audio interface, these are some key features that you should consider before making a purchase.

Which audio interface is best for music production?

This is a difficult question to answer because it depends on your budget, the type of music you produce, and the software that you’re using.

That being said, some audio interfaces are better for music production than others.

It also helps if the audio interface has a DSP that can be used for recording through vintage compressors, EQs, or tape machines.

What is the highest quality audio interface?

There is no one “highest quality” audio interface on the market.

However, some audio interfaces are better than others in terms of sound quality and features.

What audio interfaces do producers use?

Again there is not a single answer to this question. I have listed above 4 of the top audio interfaces that are used by professional music producers.

Each of these audio interfaces has its own unique features that make it attractive to certain types of music producers.

Your choice should be based on your budget and the type of music you produce.”

Yes, the quality of an audio interface can affect the sound quality of your recordings.

This is because an audio interface is responsible for converting analog signals into digital information.

The better the converters on the audio interface, the clearer and more detailed your recordings will be.

Do I need a special type of audio interface for recording vocals?

No, any audio interface will work for recording vocals. However, some are better than others depending on the type of music you produce and your budget.

Conclusion – What Audio Interfaces Do Professional Studios Use?

In conclusion, there is no one “best” audio interface for all professional studios.

Each studio will have its own set of requirements and preferences, which means that there is no one-size-fits-all solution.

In fact, many studios do not use what is called an audio interface. They use preamps, converters, and monitor controllers instead. However, some do and we have listed the top four options in this article.

Now that you know what audio interface do professional studios use. And which one is best for your needs, it’s time to get started with recording!

Thank you for reading our article on what audio interfaces do professional studios use.

Which Focusrite Scarlett Should I Buy? (Easy Guide)

What Is The Best Audio Interface for Ableton Live Performance?