Even though PRS was only founded in 1985, it has quickly become one of the top guitar companies in the world. Located in Maryland, PRS has set themselves apart from the competition by designing high-end, handmade electric guitars. They design their own tuners and while they offer a wide range of guitars for musicians of all playing abilities, their PRS SE Standard is a powerful favorite that is loved by guitarists all over the world. If you are looking for a guitar that will allow you to not only record but also give you the power that you need during live performances, then this guitar is worth a closer look as it has all of the power and reliability you need.

What Is the PRS SE Standard?

This gorgeous electric guitar is a solid-body guitar that features a focused midrange, woody and warm tone, and fast playing ability. Not only does this guitar produce a clear and impressive sound but it looks great and feels wonderful to play as well.

When you play the PRS SE Standard, you enjoy decades of dedication as PRS has worked hard to include professional humbucking pickups and a stoptail bridge in this guitar. You’ll see why there are some famous guitar players who enjoy using this guitar. Since its creation a few years ago, the PRS SE Standard has been updated a few times but this version offers all of the raw power and control that you crave from your instrument.

Who Is the Guitar Designed for?

This guitar is ideal for musicians who want a lot of power when they are playing but aren’t willing to sacrifice the clarity of their notes or their sound. It’s perfect for practicing at home or recording but really stands out during live performances. With so much power in this guitar, any musician will be able to lead a praise band or perform a solo without worrying about how he or she will sound.

This guitar really shines during live performances, especially for crowds, when it is plugged into a powerful amp. While it works well for smaller shows, this won’t allow the PRS SE Standard to really shine.

If you have been playing guitar for a while and are looking for an instrument that is not only affordable but also incredibly powerful, then you will want to consider the PRS SE Standard. It’s great for intermediate and advanced musicians, although beginners may not be able to enjoy the fast playability of the neck or coax all of the deep tones from this guitar that it is capable of. 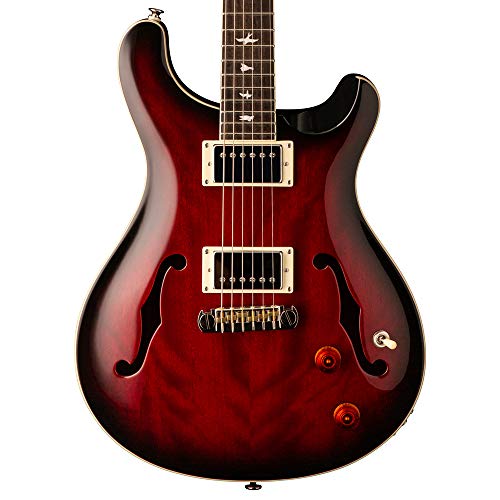 As with many electric guitars, the PRS SE Standard doesn’t ship with accessories. This means that there are a few things that you will want to have on hand when your new guitar arrives so that you can protect it and start playing it right away.

To make sure that you keep your guitar in good condition, you must invest in a quality gig bag or case. Additionally, a strap will allow you to move around on stage without worrying about your guitar falling or being damaged.

While it ships with decent strings, if you have been playing guitar for a while and have a preference about your sound quality and tone, then you will want to swap them out. The stock strings offer a warm, rich tone but you can easily customize your sound with updated strings.

The PRS SE Standard is loaded with incredible features that make coaxing great sounds from this guitar not only fun but easier than ever. While you may want to swap out the strings for ones that allow you the perfect sound that you need, this guitar is sure to exceed your expectations, thanks to the:

One really great thing about the PRS SE Standard is that it features a neck that is highly playable. This means that you will be able to move quickly up and down the neck of this guitar without feeling as if you’re slowed down. In fact, this playability is one of the reasons why many musicians, such as Carlos Santana, turned to the PRS SE Standard for their own music.

One issue that some people have reported is problems with tuning. This guitar tends to have trouble holding its tuning, especially when it is first shipped. Regularly turning the guitar and ensuring that you stay on top of your tuning will prevent you from sounding out of tune during a performance or recording.

Alternatives to the PRS SE Standard

If you still aren’t sure about whether or not the PRS SE Standard is the right guitar for you, then you may want to look at the PRS SE Custom 24. This guitar is a bit more expensive but has a molded tremolo bridge and offers incredibly versatile sounds. The 85/15 pickups and three-way blade pickup selector allow musicians complete control over their sound.

Another great option that is worth considering is the ESP LTD EC-256 electric guitar. It’s a little easier on the budget, which is great for some musicians or churches who are looking to expand their praise bands, but is designed for easy access to high frets and has a mahogany body for a clear, crisp sound.

Conclusion: Is the PRS SE Standard a Good Choice for You?

The PRS SE Standard is an incredibly powerful electric guitar that is sure to make any musician playing it stand out from a crowd. The mid-range price is affordable for most people, although there are some less expensive options on the market that may offer similar playability. While it isn’t as expensive as other electric guitars, it offers a lot in terms of playability, tone, and control over your sound.

Because you can enjoy incredibly fast action due to the neck design, this guitar is great for more advanced musicians who are ready to take their music to the next level. Even intermediate guitarists can benefit from playing the PRS SE Standard and will find that they are able to push themselves and improve their music.

We hope our PRS SE Standard 22 review has been helpful.

Ibanez AS73 Review: Guitar And Art Combined For Beautiful Worship