Shredding the PRS S2 Standard 24 Satin is a real treat for those who love PRS guitars. This solid body electric guitar offers loads of class along with an amazing sound. PRS has always maintained a high level of quality with their guitars, and the S2 Standard 24 is no exception.

The guitar has been designed to provide you with maximum playability while bringing aesthetically beautiful design. While PRS has unveiled some experimental models in the past, such as the Vela, the company plans on bringing back some obscure features with the S2 Standard, which is a good thing.

Playing your favorite tracks is going to be a breeze with the S2, which offers a revamped design to a timeless classic. Taking inspiration from the classic PRS lineup, the S2 Standard offers a sleek finish coupled with pickguard-mounted electronics with powerful 85/15 “S” pickups.

The PRS S2 Standard 24 Satin comes in charcoal, McCarty Tobacco Sunburst, and Vintage Cherry. The S2 is a much warmer electric guitar with a few design changes such as the lack of a maple cap, which makes the newer S2 Standard slightly unique as compared to the previous versions.

Who Is This Guitar For?

PRS is known for quality, and the S2 delivers a lot of it for a stripped-down version of PRS electric guitars. The S2 Standard 24 Satin holds up to the expectations of PRS guitar fans who remember the original PRS Standard which was released back in the 80s. Guitarists are especially going to appreciate the simply fantastic fretwork (upper fret access is a dream) and stable tuning, thanks to lock-in tuners.

If you are looking for a solid body electric guitar that helps you recreate those vintage tones, then the PRS S2 Standard is just the guitar for you. What’s amazing about the S2 is that its sound is not very different from the old-school Les Paul studio, which is quite the compliment considering its price point.

The exemplary playability and range of the PRS S2 Standard 24 Satin mean that you can take on some down and dirty riffs from your favorite rock bands or recreate the smooth, clean sound of the Allman Brothers. What makes the PRS S2 especially unique is its ability to recreate an amazing sound that will compel you to play it for hours.

Apart from the atmospheric tones and the amazingly clear pickups, the PRS S2 Standard has a relatively low learning curve. This means that it won’t take long for you to get a hang of the controls and start shredding it right out the box. When it comes to playability, the PRS is a league of its own. Expect clear and crisp notes whether you’re playing low or high, along with an outstanding sustain that makes it a dream to play this guitar.

What’s Included With The S2 Standard 24? 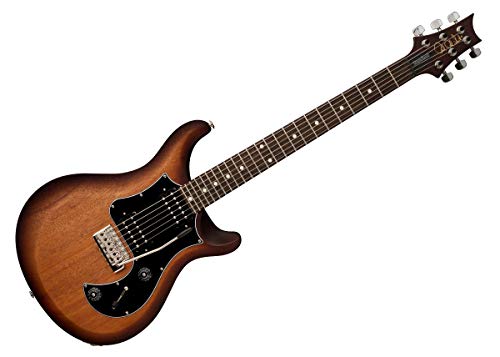 The following is a breakdown of the features of the PRS S2 Standard 24 Satin solid body electric guitar:

The S2 Standard 24 Satin is a snapper version of PRS guitars with its slightly longer fingerboard. However, the S2 has a lot more going for it than the longer scale. If you’re looking for fantastic quality in sound, then you can bet on the PRS S2 Standard to deliver rich full tones.

Overview of the Features Of The S2 Standard 24 Satin

The first thing that strikes you with the PRS S2 Standard 24 Satin is the way its asymmetric bevel-cutaway shape hugs your body, making the S2 feel like an appendage of your body. One of the hallmarks of PRS guitars has been the shape of the neck, which play a crucial role in the overall playing experience. The Pattern Regular neck allows you to wrap your hand around effortlessly. This comes after years of PRS experimenting with its Pattern Regular neck.

Those who have a deep appreciation for PRS guitars are going to be delighted to know that the neck carve of the S2 Standard is based on the Paul Reed Smith’s original design, which is the pre-factory neck design of the 80s. The guitar’s 24-fret fingerboard, although longer than your standard rosewood fingerboard, is a joy to play on. The PRS S2 Satin is just as comfortable as electric guitars get while providing you with remarkable clarity and tonal range.

The advanced sounding tonal range of the PRS S2 Standard 24 Satin comes courtesy of the 85/15 “S” humbuckers, which is a smart upgrade from previous models. You also get a vibrato bridge/tailpiece to create subtle and nuanced tones on the fly. You also get to use the pus/pull tone pot which serves up single-coil tones without a hitch. The S2 is the perfect guitar for those who love to perform full dive-bombs with flawless intonation.

As is the case with any electric guitar, there are going to be a few hitches, such as the vintage bass pickups and HFS aren’t as squeaky clean as with other models. But, it’s certainly not a deal-breaker since the PRS S2 Standard is still able to deliver spectacular sound.

Also, there might be some players out there that won’t be fans of, such as the split tones, which don’t seem to meet the high standards that PRS has set in the past. But, to be fair, that may be because the S2 Standard is one of the more affordable options in the PRS lineup. But, if that is going to be an issue you can also go with the CU24 S2, which will give you that extra bit of clarity and punch.

Conclusion – PRS S2 Standard 24 Satin The Right Guitar For You? 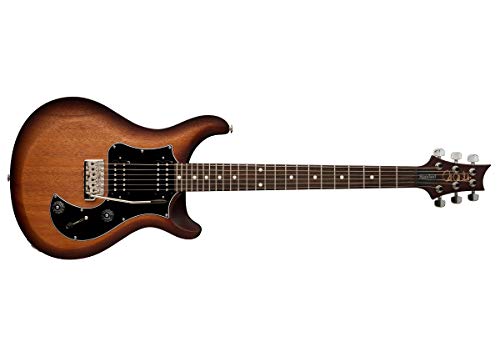 Overall, the PRS S2 Standard 24 Satin solid body electric guitar, featuring a mahogany pattern regular neck and rosewood fingerboard is an exceptional guitar that offers unmatched clarity and tonal range as compared to other similar guitars in its price point. If you have always wanted to own an original PRS S2 Standard, but were waiting for a made in USA version, then this is the one for you.

We hope our PRS S2 Standard 24 Satin review has been helpful.